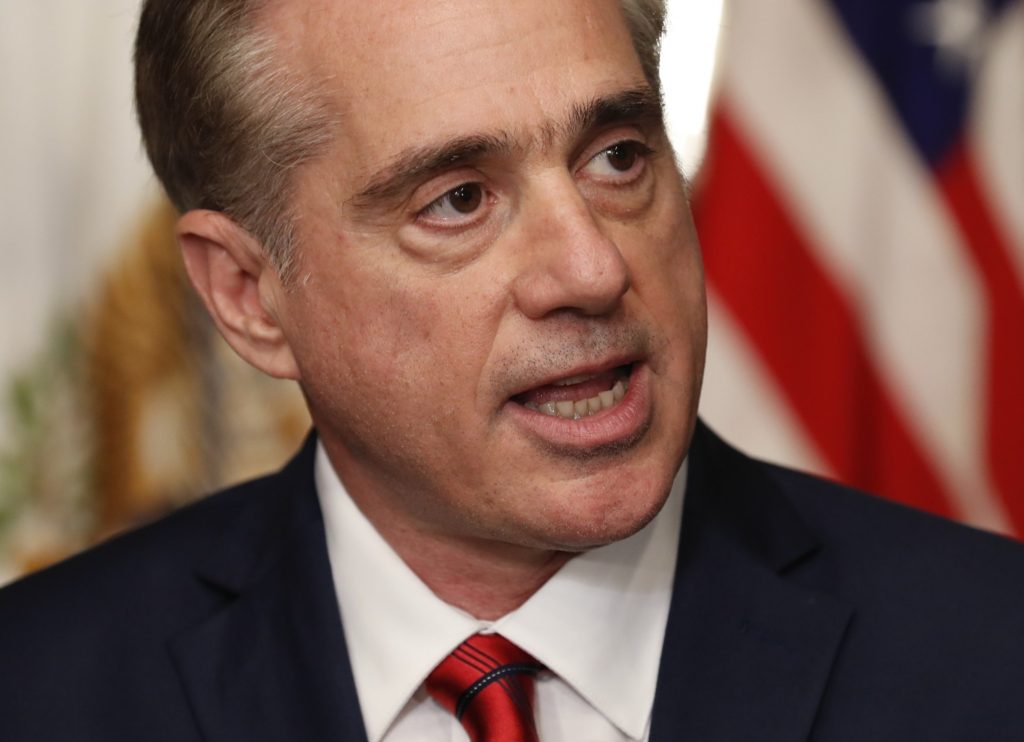 WASHINGTON — Federal authorities are stepping up investigations at Department of Veterans Affairs medical centers due to a sharp increase in opioid theft, missing prescriptions or unauthorized drug use by VA employees since 2009, according to government data obtained by The Associated Press.

Doctors, nurses or pharmacy staff at federal hospitals — the vast majority within the VA system — siphoned away controlled substances for their own use or street sales, or drugs intended for patients simply disappeared.

Aggravating the problem is that some VA hospitals have been lax in tracking drug supplies. Congressional auditors said spot checks found four VA hospitals skipped monthly inspections of drug stocks or missed other requirements. Investigators said that signals problems for VA’s entire network of more than 160 medical centers and 1,000 clinics, coming after auditor warnings about lax oversight dating back to at least 2009.

“Drug theft is an area of concern,” Jeffrey Hughes, the VA’s acting assistant inspector general for investigations, told AP. He said the monthly inspections could help the VA uncover potential discrepancies and root out crime.

Both the inspector general’s office and the Drug Enforcement Administration said they have increased scrutiny of drug thefts from the VA, with the DEA reporting more criminal investigations.

It’s not clear if the problem is worse at the VA than at private facilities, where medical experts and law enforcement officials say drug theft is also increasingly common in a time of widespread opioid abuse in the U.S. But the VA gets special scrutiny from lawmakers and the public, given Americans’ esteem for ex-servicemembers served by the agency and because of past problems at the VA, especially a 2014 wait-time scandal in which some patients died.

“Those VA employees who are entrusted with serving our nation’s wounded, ill and injured veterans must be held to a higher standard,” said Joe Davis, spokesman for Veterans of Foreign Wars.

The drug thefts will be among the challenges facing newly confirmed VA Secretary David Shulkin, who served as the department’s undersecretary of health while the drug problem was growing. At his confirmation hearing this month, Shulkin said he was proud that the VA identified the opioid addiction problem before others did and “recognized it as a crisis and began to take action.”

Still, the VA acknowledges it has had problems keeping up with monthly inspections and said it was taking steps to improve training. It also said it was requiring hospitals to comply with inspection procedures and develop plans for improvement.

It did not respond to AP requests made three weeks ago to provide a list of VA facilities where drugs had been reported missing or disciplinary action was taken, saying it was still compiling the information.

Reported incidents of drug losses or theft at federal hospitals jumped from 272 in 2009 to 2,926 in 2015, before dipping to 2,457 last year, according to DEA data obtained by AP. “Federal hospitals” include the VA’s more than 1,100 facilities as well as seven correctional hospitals and roughly 20 hospitals serving Indian tribes.

Three VA employees were charged this month with conspiring to steal prescription medications including opioids at the Little Rock, Arkansas, VA hospital. The inspector general’s office says a pharmacy technician used his VA access to a medical supplier’s web portal to order and divert 4,000 oxycodone pills, 3,300 hydrocodone pills and other drugs at a cost to the VA of $77,700 and a street value of $160,000.

Christopher Thyer, the U.S. attorney overseeing the case, said the employees were abusing their position to steal from taxpayers and “poison the communities we live in with dangerous drugs.”

The drug thefts from VA also raise the possibility that patients will be denied medication they need or that they will be treated by drug-impaired staff.

In one case, a former VA employee in Baltimore pleaded guilty on charges that he injected himself with fentanyl intended for patients heading into surgery, then refilled the syringes with saline solution. Patients received solution tainted with the Hepatitis C virus carried by the employee.

Dr. Dale Klein, a VA pain management specialist, said some of his patients suspected they weren’t getting the drugs they needed, including one patient with an amputated leg who had to do without morphine because a VA pharmacy said it did not have enough in supply.

Klein, who is part of a whistleblowers network called VA Truth Tellers, ran a VA pain clinic from 2015 to 2016 and has filed a retaliation claim against VA, saying the VA restricted his work after he voiced complaints. The VA has said it was looking into the claims.

Klein described several of VA’s inventory lists as inconsistent or a “slapdash rush job.” That concern was underscored by the findings from the Government Accountability Office, released last week, that drug stockpiles were not always being regularly inspected. Klein’s attorney, Natalie Khawam, says she’s heard similar complaints from other clients at their VA hospitals.

The GAO review, covering January 2015 to February 2016, found the most missed inspections at VA’s hospital in Washington, D.C., according to a government official familiar with confidential parts of the audit. Monthly checks were missed there more than 40 percent of the time, mostly in critical patient care areas, such as the operating room and intensive care units. That adds to the risk of veterans not receiving their full medications.

The Washington hospital also missed inspections of the facility’s pharmacy for three straight months, violating VA policy, according to the official, who insisted on anonymity to reveal findings that weren’t public. In the last year, the hospital had at least five incidents of controlled substances that were “lost” or otherwise unaccounted for, according to the DEA.