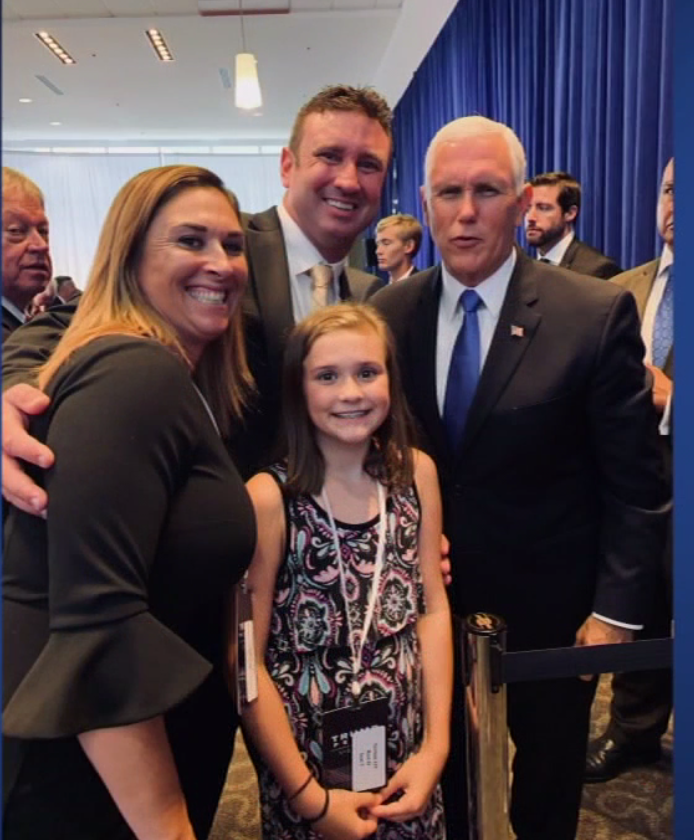 GREENVILLE, N.C. (WTVD) — It was a big moment for Fort Bragg soldier Sgt. 1st Class Richard Stayskal and his family at the Trump rally in Greenville on Wednesday.

The Stayskals got to personally meet with President Donald Trump before the rally. Stayskal got to share his fight to change the Feres Doctrine, which currently prevents active duty military for suing for medical malpractice.

Stayskal has stage four lung cancer, a diagnosis that was missed by military doctors during a routine physical at Womack Army Medical Center.

“As I was walking away, (President Trump) looked up and said ‘Don’t give up. It’s never too late.’ Definitely great words of encouragement to hear from the president,” Stayskal said.

There is currently a bill named after Stayskal in Washington DC that hopes to give active duty soldiers the right to sue.

“I’m grateful the White House invited my client Sgt. 1st Class Richard Stayskal to meet and take a photo with President Trump, and a seat in the VIP section,” Stayskal’s attorney, Natalie Khawam, said. “Our goal is that POTUS will tell the Senate to support our bill that protects our Troops.”

Right now, the measure, known as the Sergeant First Class Richard Stayskal Military Medical Accountability Act of 2019, it is part of the 2020 National Defense Authorization Act that passed the House late last week.