A Fort Bragg Green Beret soldier closed out 2019 with a compromise in his national medical malpractice case and news he would receive a new home.

Sgt. 1st Class Richard Stayskal spent the year traveling from North Carolina to Washington, D.C., and testifying before Congress about his stage-four cancer diagnosis that was initially misdiagnosed by medical providers at Womack Army Medical Center.

Stayskal and his lawyer, Natalie Khawam of the Whistleblower Law Firm, took on a 70-year-old law known as the Feres Doctrine that prohibits military service members from suing the federal government.

Rep. Richard Hudson, whose congressional district includes Fort Bragg, cosponsored a bill on Stayskal’s behalf — known at the Sergeant First Class Richard Stayskal Military Medical Accountability Act of 2019 — that would have preserved the Feres Doctrine’s intent of not allowing a service member to sue if their care was received on the battlefield or was job related.

“I knew that this was a fight I was going to take on, and really every step of the way the compelling story and (Sgt. 1st Class Stayskal’s) willingness to share a painful part of his life made the difference,” Hudson said in a video uploaded to his Twitter account on Dec. 12. 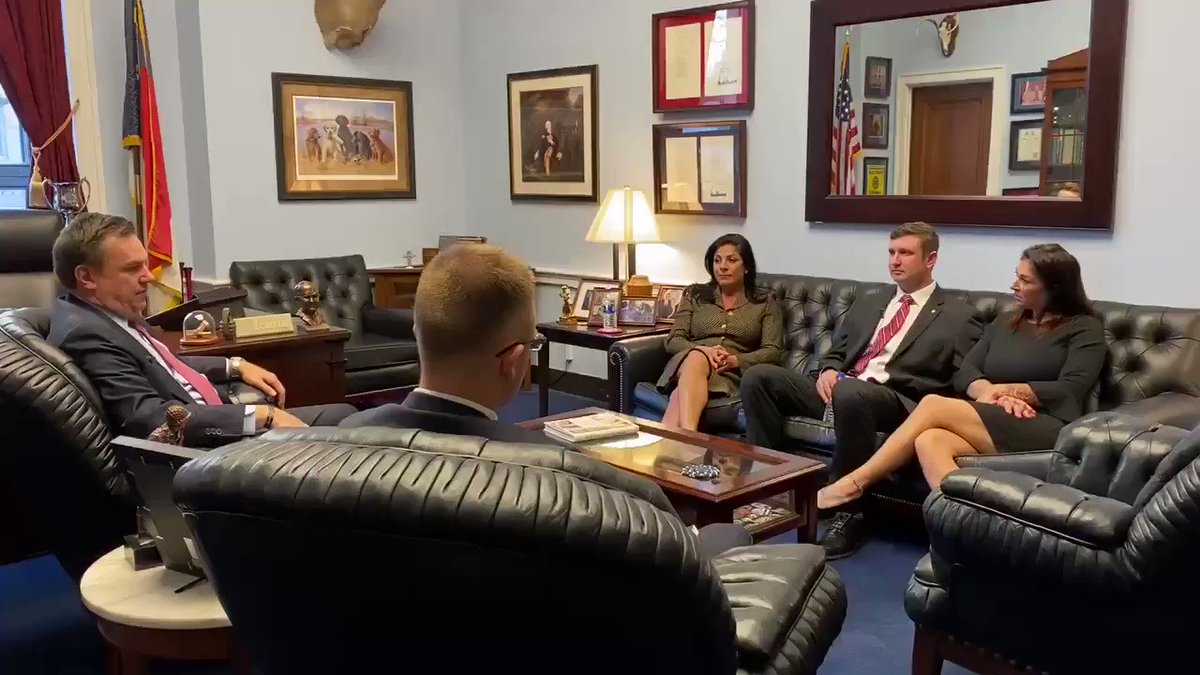 Members of the Senate Armed Services Judiciary Committee expressed concerns about the bill and the legal precedent it would set, but a compromise was reached by the end of the year and it was included in the National Defense Authorization Act that was signed by President Donald Trump on Dec. 20.

″(There) was lots of obstacles and lots of hurdles, but we just kept going around them to try to find different avenues and just worked our way through it,″ Stayskal told Fox & Friends during a Dec. 20 interview.

Hudson said the compromise allows the secretary of defense to review service members’ claims on a case-by-case basis.

“We now have restored civil rights to our men and women in uniform if they’re victims of medical malpractice that’s not combat or training related …,” Hudson told The Fayetteville Observer on Dec. 17. “So the secretary can now allow settlement pay and administrative claims against U.S. personnel in cases of injury or death, if that malpractice was caused by a (Department of Defense) health-care provider.”

Section 731 of the National Defense Authorization Act states the claim is not allowed to be settled and paid under any other provision of law and that the secretary of defense will determine payment of the claim up to $100,000, or forward the claim to the secretary of the treasury if the claim exceeds $100,000 based on “calculation of damages.”

In news releases, Hudson and Rep. Jackie Speier, who coauthored the original bill, said the compromise does not fully repeal the Feres Doctrine or allow service members to sue the government.

Rather, it allows service members to “receive uncapped monetary compensation” and requires the Department of Defense to document and respond to their cases, Speier said.

Stayskal told Fox 46 that it created “something that never existed before.”

“Now there’s something, no matter how small, and right now the door’s open, and I believe it’s going to continue from there,” he told the news station on Dec. 16.

A few days later, during his Dec. 20 Fox & Friends interview, representatives of the Texas-based nonprofit Operation Finally Home, Daniel Adams Construction and Cushman & Wakefield surprised Stayskal and his family by telling them they will receive a custom-built, mortgage-free home in Moore County this year.

“Nobody’s guaranteed any days, but it’s definitely a little harder when you have a diagnosis such as myself,” Stayskal told the news outlet. “And it gets more intense trying to plan for the future and make sure family is taken care of.″

Stayskal said he is receiving a new clinical trial for his cancer, but his diagnosis is considered the same at this time.

Hudson said he views Stayskal as someone who has committed his life to serving the U.S, with multiple deployments.

“In the case of Rich Stayskal, he’s continuing to serve his country by pushing for changes that will impact other people, and using his last days for good for others, which is just incredible,” Hudson said.