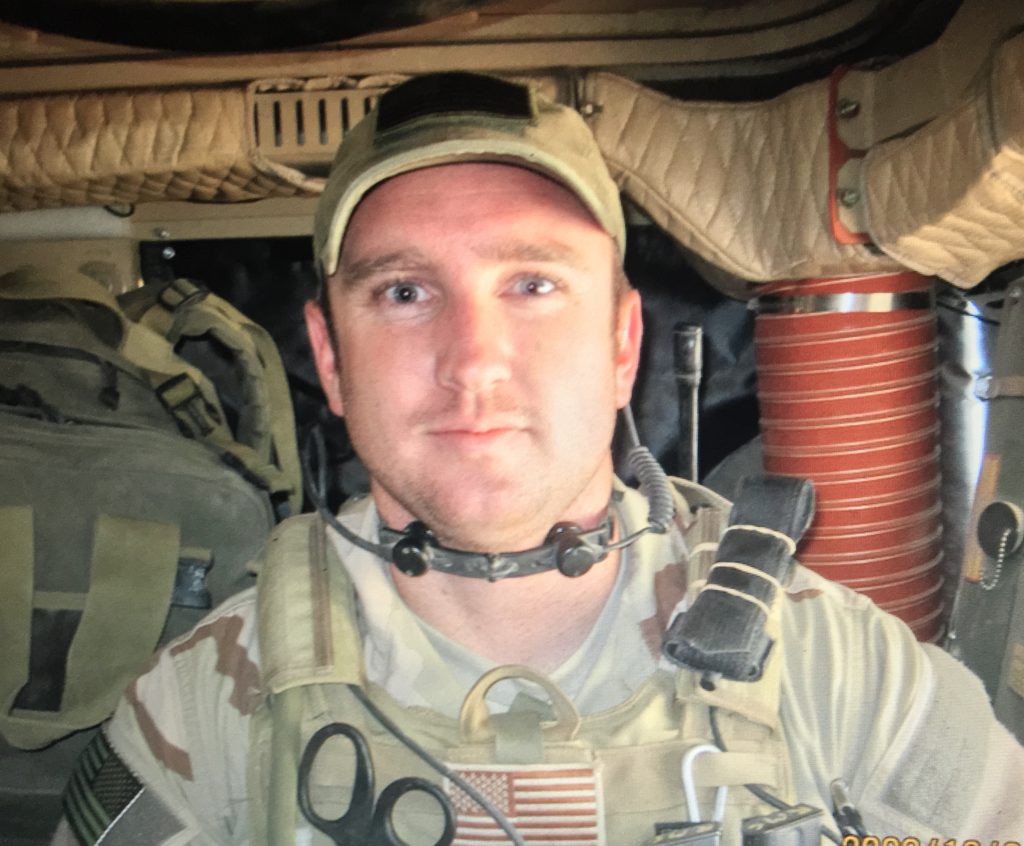 I recently received some of the best news of the year. I was informed that my dear friend, Army Sgt. 1st Class Richard Stayskal, 38, had won what is most likely his last battle. On Dec. 17, the Senate overwhelmingly passed the National Defense Authorization Act (also called, The SFC Richard Stayskal Medical Accountability Act) by a vote of 86-8. President Trump wasted no time, quickly signing it into law.

Rich reached out to me in late 2017 – we’d both served in 2d Battalion, 4th Marines. He told me that after fighting in Iraq in 2004 and taking a bullet from a sniper he’d gone on to join the U.S. Army as a Green Beret. He also told me that he was having health problems – not from the enemy round that went into his chest, but from a misdiagnosis from Womack Army Medical Center. He had been told, after a series of tests and scans, that he had pneumonia. It was not pneumonia.

Rich sought out second and third opinions and learned it was stage 4 lung cancer.  It was then Rich asked if I could help share his story on social media. It was in hopes that Rich could bring awareness to change the antiquated Feres Doctrine of 1950, which prevents people who were injured as a result of military service from suing the federal government.

JAMES CARAFANO: US FOREIGN POLICY IN THE 2010S — ARE WE BETTER OFF THAN WE WERE A DECADE AGO?

Rich had some help in his fight. For the first time in over 70 years, an attorney was able to successfully challenge the Feres Doctrine and a $440 million bill was passed and signed into law in under a year. This Stayskal Act makes an exception to the Feres Doctrine, allowing active-duty personnel and their families to be compensated if they are victims of medical malpractice.

“We changed history!” Natalie Khawam, Rich’s attorney, exclaimed. Khawam and her Tampa-based team at Whistleblower Law Firm championed Rich’s case from the outset. “It’s time that we fight for our military as they fought for us,” she added. “The least we can do is provide them with proper medical care and the same standard of accountability that the rest of us enjoy.”

The argument was simple. Men and women who serve in the military should be provided the same care and rights as the American public. The warriors who fight our enemies and risk their lives for our freedom should never be treated like second-class citizens.

So, will the floodgates open now for any litigious soldier? According to Khawam, “No. The good news is that the other side does not have to worry about litigation. The [Defense Department] will administer claims, not the courts, so there is no litigation nightmare, neither for the victim nor the DOD. It’s a win-win situation for everyone.”

I was impressed by this young warrior who was continuing to fight – for himself, his Marines, his family, and for thousands of veterans who did not have the courage, like Rich, to speak out.

After writing a stack of op-ed’s in my time, I’ve received a lot of feedback – mostly positive. Some respectfully disagreed with my viewpoints and have stated – I’ll paraphrase – “Huesing doesn’t speak for me as a veteran.” By far, I don’t. I am not an evangelist for veterans and I don’t have all the answers to their issues. However, I am proud to be surrounded by many who do. Those willing to make their voices heard in the hope that stories of our veteran community can be heard. One more issue discussed or explored. One more veteran helped by raising awareness. Veterans like Stayskal.

Rich’s story is unique. It’s also tragic. Over several months I did what I could to introduce Rich to as many friends on radio and television as possible. We had to get his story heard. I was more impressed by Rich each time we spoke – sometimes to the brink of my own tears. Impressed by this young warrior who was continuing to fight – for himself, his Marines, his family, and for thousands of veterans who did not have the courage, like Rich, to speak out.

I’m not sure many people would have had his drive and determination to keep fighting. The strain it has taken on him physically is one thing, but the added cost of the precious time he would rather have spent with his children and family is another. I don’t think many take that into account – most still see Rich as the warrior. The fighter. He is.

To those who never want to be criticized – stay hidden in obscurity. Don’t write anything, don’t say anything, and don’t ever do anything and you’ll remain completely safe. For all those who choose to make a difference and speak out, I say, “Keep up the fire.” Keep writing and sharing and doing. That’s how veterans are geared for the most part. To do any less is to give up the fight.

I have never been prouder of my tribe than in watching how Rich has continued to fight. To inspire. To live his remaining days taking care of his fellow warriors and his family. This story began with the good news of the passage of the Stayskal Act, but sadly it does not have a fairytale ending for Rich. But I keep him in my thoughts, hoping that through some miracle, it will.

This article was originally posted on Fox News and can be read here: https://www.foxnews.com/opinion/scott-huesing?fbclid=IwAR3TvRKbJYlEF8SPjWauwf4VLrjSze2VF0sksHxH1Stwwf6M1cH05JId2UQ