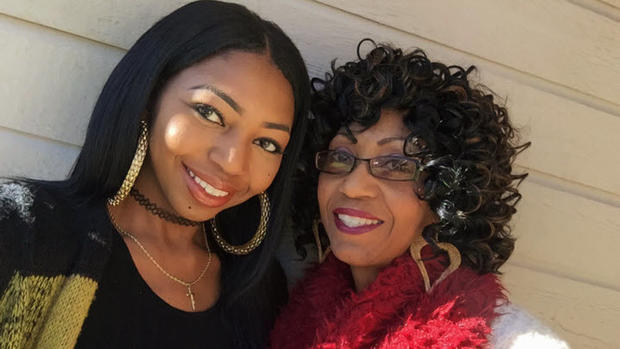 A Bay Area family is searching for answers and accountability after their 23-year-old daughter died aboard a United States aircraft carrier three years ago.

Danyelle Luckey died shortly after departing for her first tour of duty on the USS Ronald Reagan, a nuclear-powered aircraft carrier stationed in the Pacific. The Navy’s investigation into her death found that she died of natural causes – sepsis. But an NBC Bay Area review of hundreds of pages of Navy records found potential concerns about the level of timely and adequate care Luckey received.

“I just went into shock. I thought I was dreaming,” said Derrick Luckey Sr., Danyelle’s father, recalling the day representatives from the Navy showed up at his Pittsburg home. “They tell me my baby had passed away. From what? She was healthy when she left here.”

Luckey’s family sued the Navy last October, but a long-standing Supreme Court decision – known as the Feres Doctrine – could stand in their way. The Feres Doctrine prevents military personnel from suing the government for medical malpractice, but Luckey’s family is currently pinning their hopes on a bill introduced earlier this year that would carve out an exemption allowing service members, who believe they suffered medical malpractice outside of combat, to sue for reparations and relief.

Raised in Pittsburg, Calif., Luckey enlisted in May 2016 and joined the aircraft carrier in late September when it was docked in Guam. Less than a week later, she texted her mother saying she was vomiting and feeling ill.

Luckey went to the ship’s medical department the next day, on Oct. 4, for a standard flu vaccination and reported her symptoms. She was given the vaccination despite protocol recommending additional medical consultation because she was feeling ill.

As her symptoms persisted, and later worsened, Luckey went to the medical department another four times over the next five days. She was prescribed bed-rest, IV fluids, Tylenol and Motrin and administered a rapid flu and strep test.

Medical staff initially attributed Luckey’s symptoms to the flu and sea-sickness. At one point, according to testimony from one of Luckey’s shipmates included in the Navy report, the shipmate asked medical staff to help carry Luckey to the medical unit because Luckey could barely move her legs.

“The corpsman responded in what I thought was very sarcastic, ‘She can move her legs. It’s just painful.’ I thought that was highly inappropriate because our shipmate was in pain,” according to the shipmate’s testimony.

It wasn’t until the night before she died, Oct. 9, that Luckey was finally admitted to the medical ward. And it wasn’t until the following morning that medical staff drew her blood for testing, a fact that another shipmate found concerning.

“I just want to know why medical waited until the fifth day to draw her blood,” they said in their testimony to investigators.

The blood tests came back showing late-stage kidney and liver failure. Preparations were made to evacuate Luckey off the ship to a medical facility in Korea, but she went into cardiac arrest and died shortly after.

“My life has been horrible from that day. I have not been the same person,” said Annette Luckey, Danyelle’s mother. “I can’t do anything. I am so hurt and lost without Danyelle.”

Danyelle’s parents have been seeking accountability from the Navy since their daughter’s death in October 2016, but the Feres Doctrine hurdle likely needs to be cleared first.

Rep. Jackie Speier (D-California) introduced a bill earlier this year to amend the Feres Doctrine and allow service members who believe they have suffered medical malpractice outside of combat to sue the military.

Rep. Ted Lieu (D-California), a veteran and cosponsor of the bill, said that the legislation has been estimated to cost $430 million over the course of a decade, which “is not a lot of cost when you look at the Pentagon’s overall budget.”

“We have great doctors who are patriotic, dedicated and professional,” Lieu said. “But sometimes we have doctors that make mistakes or are negligent, and it is unfair for service members to not be able to get adequately compensated when doctors make a mistake.”

The bipartisan legislation was attached to the defense spending bill, which passed the House earlier this month and is making its way to the Senate.

The Luckey family hired attorney Natalie Khawam to take their case against the Navy. Khawam, an advocate of the bill, said she’s currently representing other service members and their families seeking to sue the military for medical malpractice.

“If we can’t better the standard of care for our troops, then what kind of country are we?” she said. “How can we ask them [service members] to protect us, but we can’t protect them?”

Derick Luckey Sr. says he plans to leave no stone unturned in his pursuit of justice for his daughter.

“My daughter signed up for the United States Navy to serve her country,” Luckey said. “And to be treated this way? Unacceptable.”

Previous post Cancer-stricken Fort Bragg soldier gets encouragement from Trump Next post We were honored to sit down with CBS This Morning to discuss the Feres Doctrine.