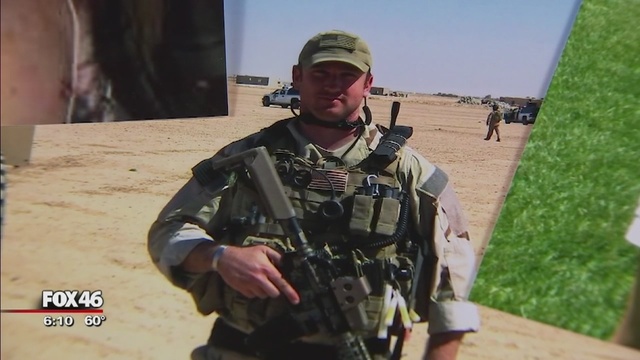 CHARLOTTE, N.C. (FOX 46 CHARLOTTE) – Four months after FOX 46 first reported on a Purple Heart Green Beret from North Carolina’s fight to sue the government for medical malpractice over a missed cancer diagnosis, his story is getting results.

A march on Washington has been organized and members of Congress are now drafting a bill in response to his story.

“One hundred percent this is all because of you, Matt,” said Natalie Khawam, the attorney who represents Sfc. Richard Stayskal. “Thank you.”

Khawam says Stayskal’s story has prompted members of Congress, from both parties, to begin drafting a bill.

“In this political climate, which is unsual,” said Khawam, “both the Democratic party and the Republican party are all in support of this bill.”

The bill would alter a 1950 Supreme Court decision called the Feres Doctrine. That prevents active duty military from suing the government for medical malpractice.

Stayskal is fighting for the right, which he would have if he was a civilian, after doctors at Womack Army Medical Center failed to diagnose his cancer.

His aggressive lung cancer, now stage four terminal, was detected by a civilian doctor after the tumor had metastasized.

“I try to set examples for my kids,” Stayskal told us last year. “You got to do the right thing. You got to fix the things that are broken. If you don’t do it, who else is going to do it?”

Khawam says the bill will be sponsored by Rep. Markwayne Mullin (R-OK), who told FOX 46 last year, along with Rep. Jackie Speier (D-CA), that the issue was being looked at.

An online petition to overturn the Feres Doctrine, in support of Stayskal, has more than 97,000 signatures. Now, his supporters are planning to march on Washington, D.C. A rally, with “thousands” expected to attend, according to Khawam, will take place on Wed. June 12 at 9:30 am. The march will begin at Freedom Plaza and at the National Mall.

Khawam says in addition to members of Congress, “some big name celebrities that support our veterans and our troops” will also be speaking.

This final fight, for Stayskal, is about more than himself and his family.

Previous post Controversial Military Malpractice Policy May Be Closer to Overturn Than Ever Next post Complaint filed against Gainesville Eye Physicians
© 2022 The Whistleblower Law Firm, LLP. All Rights reserved