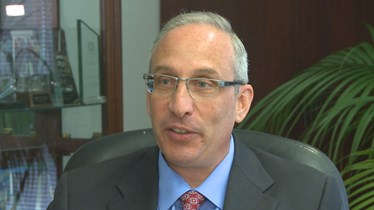 Tampa, Florida — Hospice is an organization that helps families during the worst times. It tries to keep loved ones comfortable as they are dying. (There are many different hospices that people can go to. For example, you could go to somewhere like Hospice Cincinnati, for a comfortable place to go to in their old age).

While hospice has a stellar reputation, 10Investigates discovered there is an on-going “criminal investigation” of the local chapter – it’s a drop in the ocean that is hospice fraud and abuse – something, unfortunately, that’s becoming more common across the country, that people should be more aware of, and definitely needs to come to an end.

It might be one of the toughest moments in your life, watching a loved one slip away and die. And for that reason hospice care was created to help in the transition by providing compassionate care to the patients and comfort for the family.

Not only did her husband die under hospice care, Chase was a local Lifepath Hospice social worker for 20 years. Lifepath is the hospice agency that serves Hillsborough County.

However, over time, Chase says she began to see another side to LifePath, Good Shepherd Hospice (which handles hospice patients in Polk, Highlands and Hardee counties) and the parent corporation Chapters Health System.

ccording to Chase, “The executives were making decisions on profit and less and less in the direction of patients and helping families.”

Chase says after her concerns were ignored internally she filed a federal whistleblower lawsuit 6 years ago. The suit was under federal court seal until last August.

In the suit Chase, alleges the organization is guilty of millions of dollars of Medicare fraud, and deceiving and misleading patients by admitting people into hospice care who never qualified.

Michael Murphy, who is not involved in the lawsuit, has had some of his own problems with Lifepath Hospice. In Murphy’s opinion, “It is definitely about the money.”

According to Murphy, just last year a Lifepath Hospice nurse told him his mother qualified for hospice care and he moved her from Tampa General Hospital into a hospice house in Temple Terrace.

Murphy says weeks later, hospice staff told him his mother no longer qualified for the end of life care. That was not a surprise to him, because Murphy says, “There was not a purpose for us to go to hospice.”

While Schwartz didn’t want to discuss specific patient cases, he contends, “There was never a finding that those patients were inappropriately admitted.”

But 10Investigates uncovered a 2008 Medicare coverage denial for a Lifepath Hospice patient that says, “There is insufficient clinical information to support this individual as having a terminal illness with a life expectancy of 6 or fewer months.” In other words, the patient did not qualify for end of life care.

According to Schwartz that denial of coverage was based on the changing interpretation by Medicare and Medicaid.

Schwartz says, “We don’t think there is any merit in those allegations at all.”

According to the lawsuit, in 2008 Lifepath and Good Shepherd Hospice were audited and found to have 20 to 40 percent of patients who were not appropriate for the care. As a result, 600 patients were dropped from these local hospice centers because they no longer qualified.

Also as a result of the 2008 audit, the organization had to repay Medicare more than $2 million.

When we told Schwartz that the state of Florida told 10Investigates in writing that there is still an ongoing criminal investigation, he was adamant.

“I want to be clear, ” Schwartz forcefully said, “There is no criminal investigation into Chapters that is ongoing.”

Schwartz contends the email to 10Investigates received from the Attorney General’s Office is not true and just a form letter.

Schwartz asked, “Have you reached out to the Attorney General’s Office to ask them?”

When told Schwartz that 10Investigates did and and the Attorney General’s office said, “There is an ongoing criminal investigation.”

But one thing Chapters can’t dispute is — despite its stellar image — not everyone is thrilled with its services including Murphy who says, “I was given wrong information, made a decision based on it and I will regret that forever, that was the single worst decision I ever made for my mother’s care.”

Again Chapters denies the allegations and Schwartz sent a letter to 10Investigates stating, “There was never a finding that Chapters intentionally filed false claims.”

But we have there’s more to come in this investigation.

Again Hospice denies the allegations and says the repayment of $2 million amounted to less than one percent of Medicare payments.