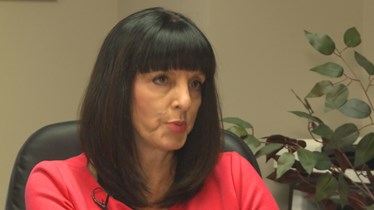 Hospice has a stellar reputation for helping families cope with dying. However, 10Investigates uncovered a whistle-blower lawsuit and a criminal investigation into the Tampa area chapter that runs hospice. The investigation exposes allegations the agency pushes people into hospice to make more money.

Michael Murphy is a prime example. Murphy’s mother got sick and needed some hospital care. But then, he says a hospice nurse approached his mother several times and convinced his family to move her into the Melech Hospice house.

“I am unaware to this day how she could have qualified to go to hospice,” Murphy told us.

After just three weeks, hospice also determined she no longer qualified. The bill to Medicare for three weeks was $40,000.

“It’s like a salesman. Try to sell them on the hospice’s house,” says a former hospice nurse who still works in the health care industry and asked us not to use her name.

She asked us to hide her face because she still works in health care. She says also told investigators conducting a criminal investigation into potential Medicare fraud, “They always wanted to keep the hospice house full — no empty beds.”

She says that way hospice made more money.

Chase claims Chapters Health System, the parent corporation for LifePath and Good Shepherd Hospice,  provided incentives and imposed quotas on employees to qualify patients for continuous care. “The nurses were told to manufacture symptoms, to manufacture reasons, so hospice could make more money.”

However, attorney Adam Schwartz who represents Chapters Health System, says, “I can tell you there are no quotas for the people that make the admission decisions.”

Schwartz denies the allegations raised in this federal whistle-blower suit.

“There is no pressure,” Schwartz says. “If the patients are medically required to be there they are put there, if not they are not put into hospice and hospice house.”

But 10Investigates obtained internal memos directing nurses to have three admissions each week.

We read part of the memo to Schwartz where it says, “Referrals from our nursing homes continue to be flat, please help reverse the trend.”

“I haven’t seen those memos that you’re talking about so I can’t comment on those,” Schwartz replied.

When we asked Schwartz, “Do you want to see the memos?”

Schwartz declined, saying,” It wouldn’t help me to see the memos or not.”

10Investigates also obtained a letter written by a hospice nurse sent to the Florida Agency for Health Care Administration.

The letter states, “staff are pressured by administrators to fraudulently utilize continuous care, to fraudulently admit patients to hospice houses and that don’t meet criteria.”

And Murphy says in his opinion, “This is not a calling anymore, this is a business.”

While Hospice is a nonprofit agency, there are financial incentives and bonuses for its top executives to bring in as much revenue as possible. For example, the CEO makes more than the combined salaries of the president and vice president of the United States. We are continuing look into that aspect of this story as our investigation continues.