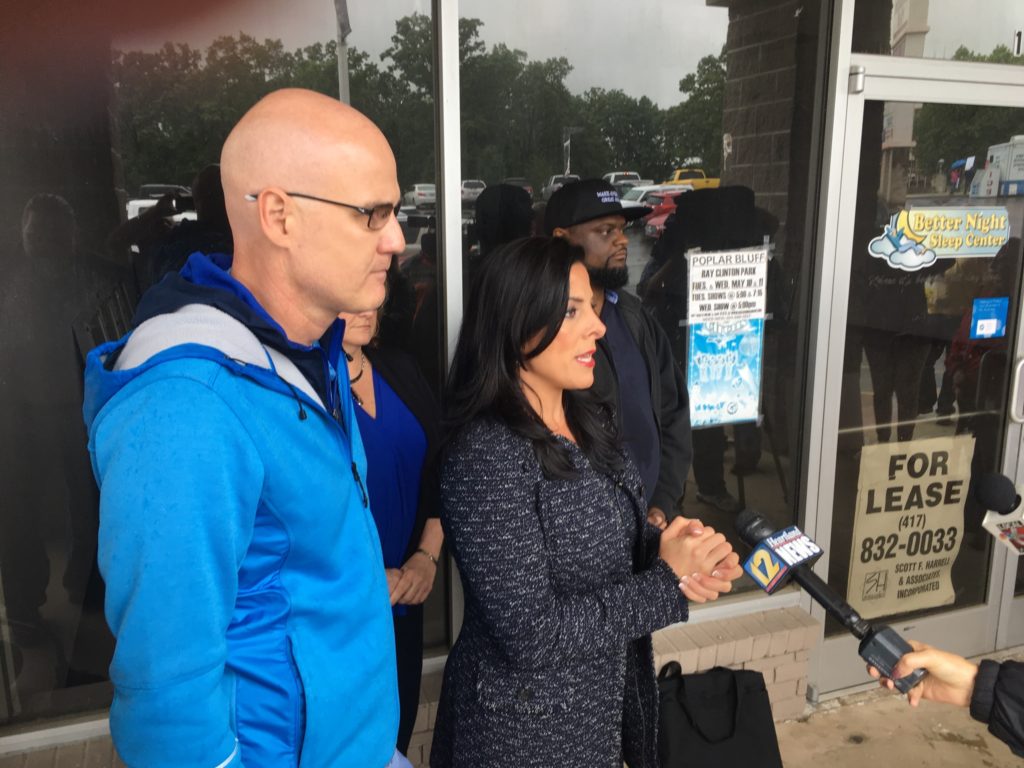 Veterans gathered in Poplar Bluff around noon on Friday, May 12 to support Veterans Affairs whistleblowers.

The rally comes on the same day that a doctor at the John J. Pershing VA Medical Center, Dr. Dale Klein, is set to be terminated from his position at the hospital. That’s according to Dr. Klein’s attorney.

According to Natalie Khawam, the Merit Systems Protection Board issued a stay order for Dr. Klein, ceasing the VA from terminating him.

The stay order expires on Friday.

Veterans and other supporters will gather in the parking lot of a strip mall across the street from the John J. Pershing VA Medical Center.

They will gather at noon and emphasize that the demonstration will follow all laws, and will not disrupt any VA activities or anyone coming to or leaving the hospital.

Klein claimed he is being punished for speaking up about what he said is happening in the VA system.

He voiced his concerns and said he’s been banished to an empty room all while still collecting his salary.

He has not seen a patient for about a year now.

Instead, Klein says he sits in a small room at the John J. Pershing VA Medical Center and does nothing all day, every day while collecting a $250,000 a year salary on the taxpayer’s dime.

“Having a physician who is double boarded be prevented from practicing medicine and helping to treat veterans while keeping him on payroll is a misuse of public funds,” said Natalie Khawam-Dr. Klein’s attorney.

She says her client is suffering for trying to do the right thing.

“The Department of Veterans Affairs (VA) recognizes the importance of all employees, to include whistleblowers, who identify problems that impede the optimal delivery of care and services to Veterans.

“Whether they bring the issues to their leadership, notify the VA Office of Inspector General (either attributed or anonymously), or voice their concerns via any other mechanism they choose, these employees provide important information and flag issues for VA leadership.

“VA’s expectation is that each of these flagged issues will be reviewed and if necessary, corrected. Due to on-going investigations, VA cannot comment on specific cases. VA does not tolerate any sort of retaliation against those who identify problems.

“If evidence emerges that employees, to include whistleblowers, have been treated unfairly for identifying important problems, immediate disciplinary actions will be taken against those who retaliate against them.”

The letter from McCaskill and Johnson asks Secretary Shulkin to direct all VA employees to cease any retaliation against Dr. Klein.