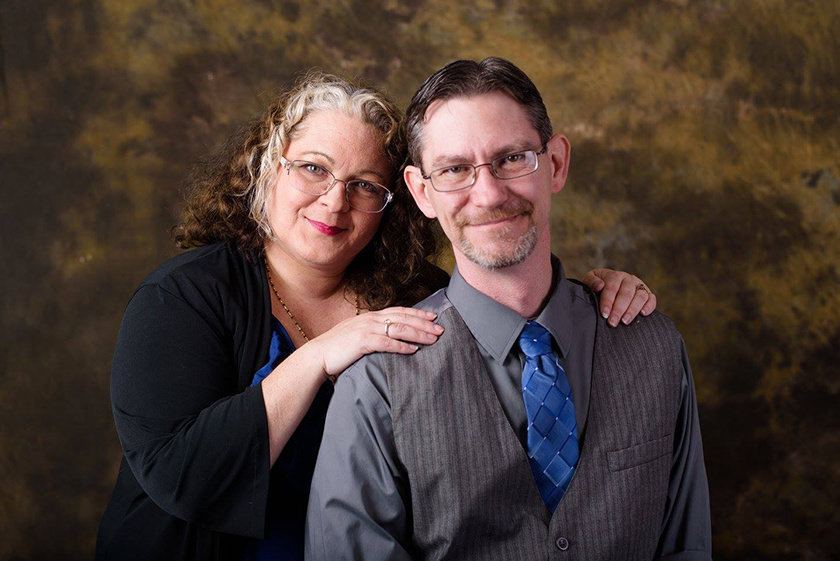 The Army allegedly missed this soldier’s stomach cancer for 4 years. His widow wants someone to answer for it

The widow of a soldier whose stomach cancer was allegedly overlooked by Army doctors for four years is mounting a medical malpractice lawsuit against the military, but due to a decades-old legal rule known as the Feres Doctrine, her case will likely be dismissed before it ever goes to trial.

In 2008, Cheryl Seals and her husband, Jeremy Seals, were two years into their marriage. Friends from Hillcrest High School in Dallas, the two had reconnected years later, and gotten married on May 7, 2006.

“We were having a hard time making ends meet and he looks at me and goes, ‘hey honey, what do you think about me joining the military?'” Seals told Task & Purpose. “And I went, ‘my home is wherever you are. Let’s go. Whatever you want to do, let’s do it.’ So he joined the military at age 34. He graduated basic training the same day he turned 35.”

In March 2008, Jeremy enlisted in the Army as an information technology specialist, a fitting occupation for the tech-savvy sci-fi fan, who his wife affectionately referred to as her “computer whisperer.”

Now, Whistleblower Law Firm is representing Seals in an upcoming lawsuit alleging that military care providers committed medical malpractice when they failed to catch Jeremy’s stomach cancer during multiple visits to base doctors over a four-year period. (The Tampa, Florida-based firm is also representing Richard Stayskal, an Army Green Beret whose lung cancer was allegedly missed by base medical staff, which Task & Purpose reported on previously.)

Seals will join a number of others who have come up against a roadblock known as the Feres Doctrine, a 1950 Supreme Court ruling that bars service members from suing the government for negligence or wrongdoing. The legal rule was established during Feres vs. United States, a case involving the Federal Tort Claims Act that allows citizens to sue the government for negligence or wrongdoing. In Feres, the court found that the federal government could not be held liable “for injuries to members of the armed forces arising from activities incident to military service.”

To put it bluntly, troops, and their loved ones, are barred from suing the military for injury or death brought on by their service — even for incidents far from the battlefield.

The problems began for Jeremy when he was assigned to NATO’s Supreme Headquarters Allied Powers Europe (SHAPE) in Belgium in 2012. On Nov. 19 he visited the command’s health facility after experiencing abdominal pains during physical training. A CT-scan taken of his abdomen at the time indicated that he had a hernia — it also purportedly showed a mass, which according to Seals was never discussed with either her or her husband. Jeremy’s medical records, which were later obtained by Seals and provided to Task & Purpose by Whistleblower Law Firm, included a note indicating “further evaluation was needed.”

On Dec. 5, 2012, Jeremy underwent surgery for the hernia at Landstuhl Regional Medical Center in Germany. By November 2013, he was headed home to Fort Campbell, Kentucky. But the pain continued.

In April 2016, shortly before Jeremy was set to leave the Army for a new IT Job with better pay, he was hospitalized for five days due to a bowel obstruction.

“I told the doctors at Blanchfield Army Community Hospital that ‘he had his hernia surgery, please read all of his notes,'” Seals told Task & Purpose. “We leave, and we have the feeling something’s not right.”

While at Blanchfield “they did a nasogastric tube and basically pumped the entire contents of his system back out through his nose,” Seals added. “He had a bowel obstruction. He was hospitalized for five days, they didn’t run tests. They just patted him on the head like, ‘Okay, well, you’re about to be out the Army, so there’s nothing else we can do. Follow up later with private insurance.'”

By April 19 Jeremy had finished his active duty service in the Army and enlisted in the National Guard the following month. It was through the Department of Veterans Affairs in Nashville, Tennessee, that he finally found the cause of his lingering stomach pain.

Jeremy was diagnosed with stage 2 stomach cancer by the VA’s Tennessee Valley Healthcare System on Sept. 12, 2016. Weeks later on October 3rd, as he was having a catheter port for chemotherapy installed, VA care providers determined the cancer was actually stage 4, Seals told Task & Purpose.

“There really wasn’t anything they can do at that point,” Seals said.

“I was devastated,” Seals told Task & Purpose. “We knew that there was the chance that when he deployed to Afghanistan, that he might get injured, he might die. We understood that. We didn’t expect it to creep up on him while he was in the process of getting out. He served his contract, he was in the process of [leaving the military] and that’s when the bowel blockage hit. That’s when we knew something was seriously wrong, but nobody would listen. At least nobody in the Army would listen.”

The Army’s Media Relations Division at the Pentagon did not respond to questions on how the service investigates claims of medical malpractice.

Though Jeremy had finished his active duty service in the Army, once his cancer was diagnosed at the VA, the National Guard petitioned to have him put back on active duty, and by November 2016, he was transferred to Warrior Transition Battalion at Fort Campbell. There he underwent chemotherapy treatment, and was expected to survive three to six months, but carried on for two years, Seals told Task & Purpose.

During that time Seals quit her job to care for Jeremy at home, and take him to his numerous appointments on base, she said.

“He had chemo every week to every two weeks for roughly two years,” she said.

Occasionally they were able to get a reprieve from the treatment, just long enough to knock a few things off Jeremy’s bucket list, one of which included finishing his science fiction novel, Harbinger. They went to Disney World and Universal Studios in Florida, then visited New York to see Central Park and the Intrepid Sea Air and Space Museum. Their last trip was in August 2018, to a Star Trek convention in Las Vegas.

“He couldn’t walk,” Seals said. “He had gotten to the point where he couldn’t walk for more than about five minutes, so I ended up getting him a wheelchair. It was an electric wheelchair that he could zoom around the convention.”

“He absolutely loved it,” she added. “He was a sci-fi geek, he always was, had been since way back in high school when we first met.”

Before Jeremy passed away on Oct. 31, 2018, Seals filed a claim with the Judge Advocate General at Fort Campbell, alleging malpractice in her husband’s medical care.

“I couldn’t find an attorney at the time that would take the case because my husband was still alive, but I had been told that I only had two years to be able to file it,” Seals said. “I wrote it all out, I set it all up, I shipped it over to them and immediately, within about three days, I got a registered letter back saying basically, ‘Sorry, you’re on your own.'”

Because Jeremy was still in the military, and since the alleged malpractice occurred while he was on active duty, he and his family members were barred from filing a lawsuit due to the Feres Doctrine, according to a copy of the letter the Judge Advocate General at Fort Campbell sent to Seals on Sept. 28, 2018, which she provided to Task & Purpose.

Fort Campbell’s Judge Advocate General’s office did not respond to requests for comment from Task & Purpose.

In the years since Feres was established, it has been broadly applied to training incidents, sexual assault, and medical malpractice, and its use in instances that take place far from combat zones — such as a stateside hospital where both civilians and service members are treated — raise questions about what are considered acceptable risks of military service in the eyes of the law.

The Feres Doctrine has faced criticism from legal experts, veterans advocates, lawyers, and even federal judges over what many see as a double standard: One set of rules for civilians, and one for service members in cases where victims seek monetary damages.

“There’s an inequity for military service members and their families, and this is another perfect example of how this outdated doctrine is constantly used to bar claimants and their family’s claims,” Daniel Maharaj, an attorney with Whistleblower Law Firm told Task & Purpose.

Because it is a Supreme Court precedent, the Feres Doctrine can only be changed two ways: Either the Supreme Court could overrule the initial decision — and there’s currently a petition to hear a Feres case in the nation’s highest court; or the rule could be changed with a legislative fix in Congress.

As it stands, military medical malpractice cases are practically unwinnable in a courtroom due to the Feres Doctrine. The only real chance of winning a lawsuit rests in the nation’s highest court — which may not even hear it, given that the chief justices only take on about 80 of the 7,000 to 8,000 cases submitted each term.

And it’s a process that often takes years.

“I look at it as ‘there’s several ways to skin a cat,’ Natalie Khawam, the president and founder of Whistleblower Law Firm, and one of the attorneys representing Seals, told Task & Purpose.

“You go the direct course, and go all the way to the Supreme Court,” she continued. “And that’s an ideological way to do it, but it’s not efficient, unfortunately. It’s very time consuming and takes several years.”

However, Khawam said there’s a second approach: “the court of public opinion… so that taxpayers can make a change. They can contact their congressmen and their senators, and tell them Feres is unfair and unjust and demand a change to the law.”

Which, she said, is what will ultimately prompt Congress to act and propose new legislation.

But in the meantime, medical malpractice victims in the military are still left with little recourse.

“They have no voice,” Seals said of military medical malpractice victims. “They cannot say, ‘I’m being mistreated.’ They also don’t have the option to go seek medical care elsewhere.”