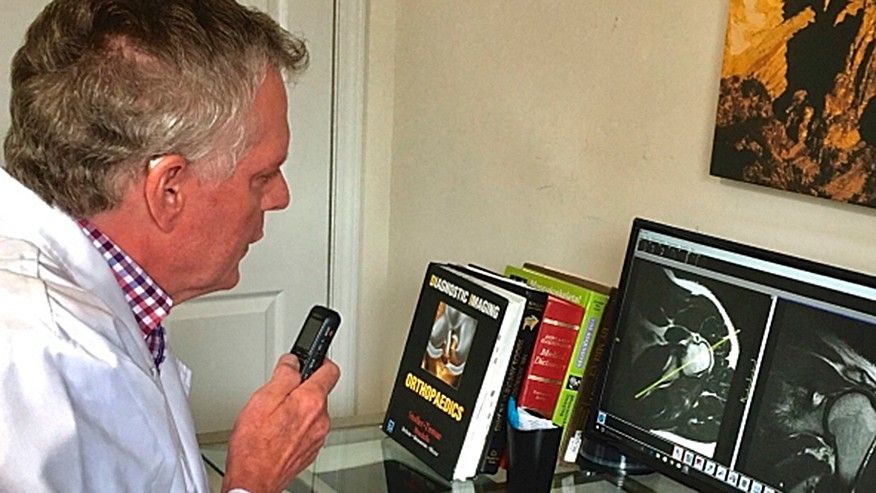 VA under 3 investigations over report of rushed, botched radiology scans

In 1971 Kirby Williams went to Vietnam as a U.S. Army draftee and worked as a finance clerk. In 2010 he went to a Veterans Affairs clinic in southern Illinois where a radiologist took a scan of his kidneys.

Unfortunately, the radiologist missed a 2- to 3-centimeter mass in one of his kidneys, and by last December that mass had grown to between 7 and 8 centimeters. Now the 66 year old has, at most, two to five years to live.

Sadly, evidence is mounting that Williams may be just one of many veterans whose health and longevity have been compromised by shoddy practices of VA personnel more focused on earning a productivity bonus than taking care of the men and women who put their lives on the line for the nation.

“Kidney cancer is a silent killer; there are really no symptoms,” Williams told Fox News, in explaining why the scan results he received at the Marion VA are important.

His doctor told him the mass had been growing about six years. While physicians could have removed the affected kidney in 2010, that is no longer an option, according to Dr. L. Anthony Leskosky, a board-certified radiologist who worked at the Marion VA clinic in southern Illinois until he was fired in June because he said he reported these kinds of problems.

“It would have been a surgical cure at that time,” said Leskosky. “That is the real crime right there.”

Leskosky’s documentation and claims about similar problems at the Marion VA have sparked investigations by three federal agencies into the Department of Veterans Affairs clinic to see if its radiologists rushed analyses of potentially hundreds of patient scans to boost their pay — even though it resulted in veterans with serious or fatal conditions being untreated.

The investigations follow a report by Leskosky, who initially advised his supervisors of his concerns but was told to keep quiet about the matter.

But Leskosky, who began working at the Marion VA in March 2016 after three decades in private practice, persisted, telling the White House Office of Special Counsel, the VA Office of Inspector General (OIG), the VA Office of the Medical Inspector, three U.S. senators and two representatives.

The clinic’s response was to fire Leskosky, he said. A spokesperson for the Marion VA was not immediately available for comment.

Within weeks, though, of starting at the VA, he noticed patients previously diagnosed as healthy had radiology scans from years prior documenting grave conditions. These conditions, such as cancers, aortic aneurysms, bleeding ulcers and obstructions in their small bowel and colon — if left untreated — could cause patients tremendous pain or even premature death.

“In radiology, we compare current scans to old studies, so I was pulling up the last two years of the scans. That’s when I noticed the radiologists had called their previous exams ‘normal,’ but I would see a mass on the older scans, and then on my scan, I would see the mass had enlarged, and in some cases become a spreading cancer. Usually that is not survivable,” Leskosky said.

As many as four to five times a day, Leskosky said, he found serious errors in prior readings, despite just four other radiologists being on staff. In one particularly egregious case, a radiologist missed a 17-centimeter tumor in a patient’s pelvis.

“The most disturbing part is the veterans are being misdiagnosed and had their lives shortened or have been subjected to incredibly increased pain and suffering,” he said.

In private practice, radiologists may miss key findings once or twice in a lifetime, Leskosky said.

“There is no way to get over the thought that you are responsible for someone’s premature death,” he said.

A large part of the problem, Leskosky said, is some of the other radiologists on staff were flipping through 50 to 60 patient scans a day, instead of the industry recommended 25 to 30 and, as a result, missing critical findings.

“They were paid based on productivity, so the faster they read, the more money they made, and the fastest way to read is to call it normal,” Leskosky said.

“Instead of correcting the problem or terminating the radiologists who were missing these cancers, missing these really horrible diagnoses and making the veterans suffer to a degree that is unimaginable, and shortening their lifespan to an incredible extent, I was terminated on June 24,” Leskosky said.

“VA’s Office of the Medical Inspector has thoroughly investigated these allegations, and is preparing a final report,” Curt Cashour, a spokesman at the national VA offices. “If any allegations are substantiated, VA will take swift corrective action to ensure veterans are receiving the best possible care.”

Cashour said he could not release more information about Leskosky’s case without him signing a release form, which Leskosky did not do.

Natalie Khawam, an attorney with the Whistleblower Law Firm in Tampa, Fla., who represents a number of whistleblowers, including Leskosky, said the VA is “playing games” and it is “a tragedy that Leskosky was fired for trying to protect patients.”

She said the Probationary Review Board looked over his case and recommended that Leskosky be retained after reviewing evidence and statements in May 2017. However, his supervisors overruled the board’s recommendation and terminated him.

“Instead of rewarding a caring doctor, the Marion VA tried to silence him by terminating him,” Khawam said. “The nation’s veterans have lost a great and caring doctor.”

A May 31, 2017, memo from the VA National Center for Patient Safety said that in 2008 the OIG found the Marion VA was plagued by quality management and patient care problems and had a spike in the number of post-surgical patient deaths there, which the program manager called “suspicious.”

While conditions initially improved in 2014, the May 31, 2017, report said there have been significant declines in patient safety and employee morale, as well as a substantial increase in reports of whistleblower retaliation.

After reviewing this report, Rep. Jack Bergman, R-Mich., chairman of the Subcommittee on Oversight & Investigations for the Committee on Veterans Affairs, and Rep. Mike Bost, R-Ill., a member of the subcommittee, have launched their own inquiry into alleged mismanagement and retaliation against whistleblowers at the Marion VA facility.

Citing the VA National Center for Patient Safety report, they said the allegations by several employees are “troubling” and have asked the newly appointed VA secretary for a meeting to discuss the allegations.

Meanwhile, Williams says he’s not “mad at anyone” about the Marion VA missing his mass in 2010, and likely shortening his life.

“That’s water under the bridge. Nothing I can do about it now,” he said.

Whether the various federal investigations into the VA clinic that botched his diagnosis will be as forgiving remains to be seen.