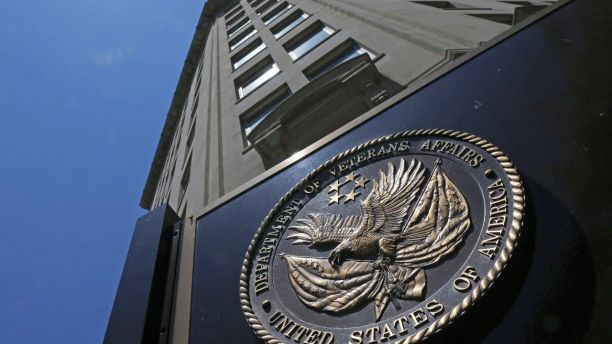 A well-respected pain management doctor who blew the whistle on patient safety concerns at a Department of Veterans Affairs facility in Missouri — and was subsequently threatened twice by his superiors with termination — will have just hours more on the job if President Trump doesn’t sign a bill pending on his desk for several days.

The bill that would help Dr. Dale Klein, a double-board-certified physician and Yale University fellow, who was hired to open and run a pain management clinic at a Missouri VA hospital, will reform somewhat Byzantine rules that exist to protect federal employees who are whistleblowers from retaliation. Even if this bill goes through, it would still be advised to have legal aid by your side when faced with whistleblower charges. This is because of the potential negative consequences of whistleblowing. You can learn more about these negative consequences at Biz Fluent, they are often life-changing for the worse.

Under current law, Klein must have the backing of the Merit Systems Protection Board to fight a dismissal. But since January, there has been just one judge on the panel, not the quorum of two needed to block Klein’s dismissal. It appears not to matter that he has the public support of powerful U.S. senators, members of Congress, the White House’s Office of Special Council and many veterans.

“Without a quorum, Dr. Klein will be removed from his public service on June 28, because of a loophole in the law,” said Klein’s attorney, Natalie Khawam, of the Florida-based Whistleblower Law Firm. “Despite all the efforts by the White House, and support from our Senate, Congress, the Office of Special Counsel, and most importantly the American people, ultimately our veterans will lose a great physician.”

When he reported the problems, his superiors ignored him, so he then filed a complaint with the VA’s Office of Inspector General (OIG).

On May 28, 2016, after Klein’s superiors found out he’d blown the whistle on what he saw as serious problems, the VA closed his clinic and tried to fire him. When the agency learned Klein could not be fired because he was a whistleblower, his superiors forced him to sit in a room for a year, with no patients and no duties, all the while paying him his full salary of $250,000 a year.

“Immediately after the VA found out I made these disclosures, I started to get retaliated against,” Klein told Fox News, noting the VA put him on administrative leave and moved to fire him “not based of substandard care or lack of clinical competence” but for “consistent acceleration of trivial matters through his chain of command.”

A months-long standoff then began between the VA and Klein. During that time, Senate Homeland Security and Government Affairs Chair Ron Johnson, R-Wis., and Sen. Claire McCaskill, D-Mo., in May publicly called for the agency to halt retaliation against Klein.

Then, on May 12, the VA told Klein that he must start seeing patients again by May 24 — but without providing a safe clinical area to properly care for his patients.

Because the patient care and safety issues were never addressed, Klein continued to request a response to his concerns.

On May 31 – literally hours before the OIG report was issued backing Klein’s claims — a note was slipped under Klein’s office door telling him he would be dismissed and had until this Wednesday to appeal his dismissal. A date for his dismissal was not included in that note.

“The Office of Inspector General confirmed all of my client’s concerns, evidencing he was just trying to protect our veterans,” Khawam said. “Instead of the VA rewarding him for his commitment to veterans, they continue to retaliate against him, and have proposed his termination again.”

The VA declined to discuss details of Klein’s case, because it is a “pending matter” and would only say: “Dr. Klein is employed as a physician at the Poplar Bluff VA Medical Center, and like all of our employees at the VA, we expect him to do his job, and in his case, see patients,” James Hutton, spokesperson for the Department of Veterans Affairs, told Fox News in a statement.

The VA clinic’s move to dismiss Klein again appears to some as strikingly bold, considering the Office of Special Council, an independent federal investigative and prosecutorial agency that oversees the whistleblower act, has backed Klein, and had already issued a Prohibited Personnel Practice Report against the VA in his support.

When the Office of Special Council sought backing from the Merit Systems Protection Board to “stay” his firing, the board didn’t have the quorum required to grant an order, so it could not immediately comply, Khawam said.

Congress passed legislation in recent weeks to allow an individual board member to extend a stay when the board lacks a quorum. The House of Representatives passed the legislation on May 25, and the Senate on June 14 — without any opposition. However, the bill hasn’t yet become law because Trump hasn’t signed it. Should the bill be signed, the Office of Special Counsel could refile its petition for Klein, the board said.

“Given the unusual circumstances present in this case and the fact that the Board has been without a quorum since January 7, 2017, should Office of Special Counsel request an extension of the stay following enactment of the pending legislation, Office of Special Counsel also may include a request that the stay be granted retroactive to May 13, 2017,” the Merit Systems Protection Board said to Fox News in a statement.

A spokeswoman for the president would not discuss the issue with Fox News, only saying: “We will let you know when we have something to announce. Thanks.”